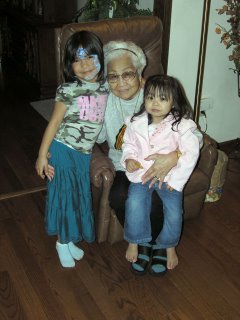 Grandma Sanay with Christiana and Kristen 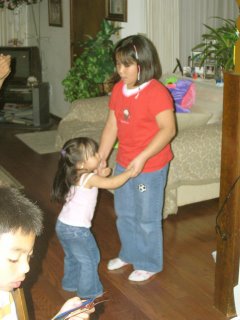 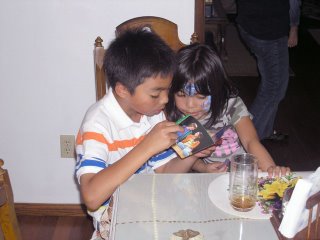 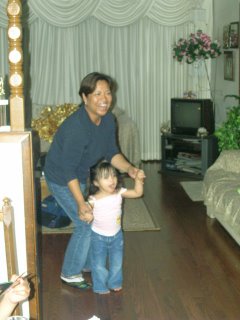 Justin and Christiana singing along and reading lyrics to High School Play tune.


Auntie Cora and Kristen dancing along.

Easter Vigil visit to the Camatchos 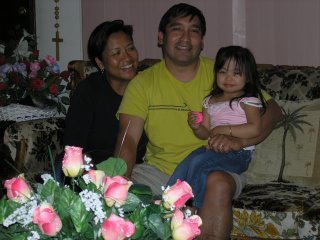 Easter is a special time of the year to celebrate the resurrection of the Lord Jesus.
What better time to reconnect with loved ones.

Justin, Kristen and I went to visitthe Camatchos at National City this Saturday April 15th afternoon.

We left Menifee around 2:30 PM for National City and had to leave Trevor at home with Kris.
Gloria worked this Saturday and will bring both
to San Diego tomorrow Easter.

Grandma , Uncle and Earl were home. I was glad 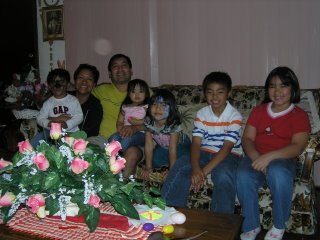 to reconnect and catch up with with what's going
on in the family after long period and not seeing
them for months. Cora and Henry, Raul , and the
kids showed up after spending an afternoon at
Sea World.

Cora was delighted to see Kristen because she
haven't seen her in a long time.
Kristen was shy and hid her face behind daddy's
shoulder at first. After a couple hours, she
started to warm up and was specially playful
with Christiana and even took five sticks of
Lumpia Shanghai from her.

It was nice to see that everone were doing well. 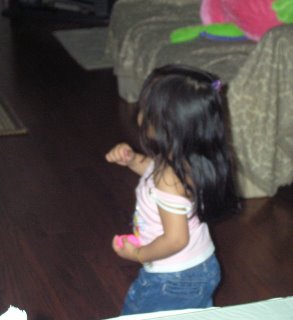 We're looking forward to visiting them again
sometime in a few months.
Julius 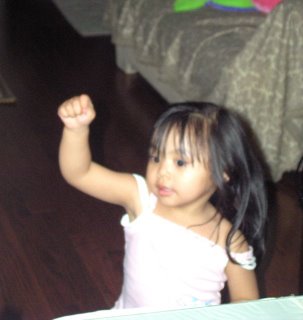