For some of us, it is relatively easy to expand our network with wires. We “simply”

crawl under the house or in the attic, run some new wires, drill a few holes, install

a couple of RJ-45 jacks, plug in, and go. For many people—apartment dwellers,

house renters, locations with impenetrable ceilings and walls—expanding a network

connection that requires wires at both ends is at least a challenge, if not impossible.

While a laptop may network wirelessly over relatively short distances, walls,

pipes, electrical cabling, and distance can inhibit connectivity. Taking an example from

popular gaming consoles which have only a wired Ethernet port, some computing

devices such as network-capable printers, simply do not connect and network without

an Ethernet cable. A solution is to use Wi-Fi hardware to extend your network as far

as you can without wires, and then return to wires using the wireless bridge where

Typically, you would specifically look for a pair of wireless bridges—devices designed

geeky of electronics stores. If you already have Wi-Fi capability at one end of your

network, you can bridge the gap by adding just one easy-to-find device—a wireless

gaming adapter. As much by coincidence as luck in picking a low-cost solution to try,

I discovered that the D-Link DGL-3420 Wireless 108AG Gaming Adapter, shown in

Adapter is a small but 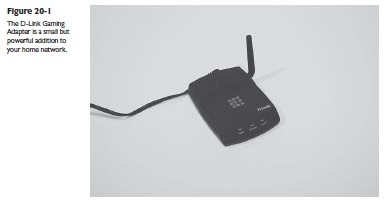 By adding a wireless gaming adapter as a network bridge, you can extend your

wired PCs distant from the main connection point, similar to the network schematic

shown in Figure 20-2. This too can be expanded on with additional bridges, as described 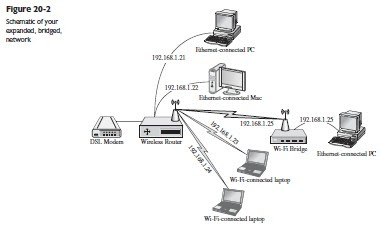 the house to the other in Project 20, we can reintroduce wires into our extended

bridged network, to the new network scheme of Figure 21-1. All we need is that

old nonwireless router we removed from service in Project 2. Instead of being used as

the main expansion of our one-connection DSL or cable service, and as a firewall, we

configured in Project 20. All this takes is a few simple reconfiguration steps to

allow it to accept the IP address of our local network, turn off the firewall, and let it

dish out a new set of IP addresses for the extended network clients. 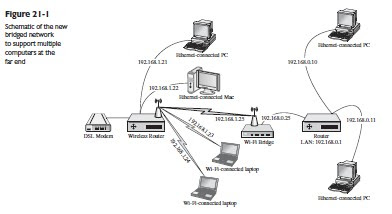 Its nice to hear from you Lani.

Jocynel mentioned about
you earlier in Facebook,
thus you were added to
Quetegan Offsprings.

I'm Julius Estabillo Sinlao, the
admin of the Quetegan Ofsprings e-group.
My Mom is Generosa Estabillo (Maiden name),
extreme right in the picture below.
Vanessa's Mom is Auntie Lina (in fushcia dress
and second from right).

Its nice to meet you,
and looking forward to introducing you to the
members of this e-group. The main presentation
that I attended last Friday
at the New Horizons Sneak Peek
Event is a preview on the Xen Desktop 4.
Xen Desktop 4 Supports:
- Any Desktop (virtual or real), anytime, anywhere
- HDX user experience
- Flexcast Technology
- On Demand Applications
Basically Citrix sales people
did a demo of the usage and performance
of Xen Desktop 4 from a browser in the classroom
and explained its Architectire and
components.
They were giving out arguments why
Xen Desktop 4 is better than their competition
VMWare View product running PCoIP protocol.
They've divided the type of information
being streamed to three parts:
- Desktop OS
- Apps
- User Profile 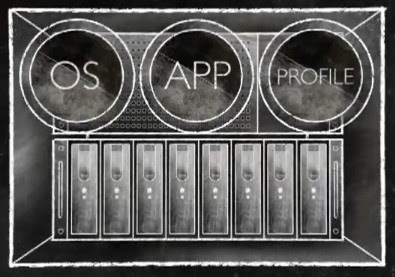 -This technology is actually not part of
Xen Desktop.
- Requires a license to utilize this, per seat or per user.
Xen Desktop 4 can deliver your Desktop for:
- Mobile users
- Guest (Kiosk)
- Office Worker
- Remote user
- Task user
On Demand Application
-Think Itunes store interface. Users are now
- Application virtualization that can be run
locally or hosted through a Data Center
- scalable
- Supports Open Architecture: Can run on any platform
using Hypervisor, any storage platform,
any endpoint device. Support Plug and Play
with Microsoft products.
Posted by Dan Nino at 9:30 AM No comments: